Let's See What You Know 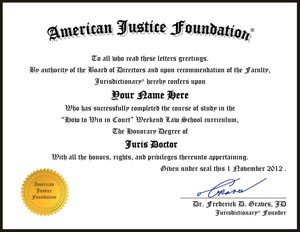 Your certificate will show the world you know how to fight for Justice and have a right to teach others how to win!