Showing People How to Win Since 1997

The lovely lady in the photo is my wife Kathryn. My name is Frederick David Graves. 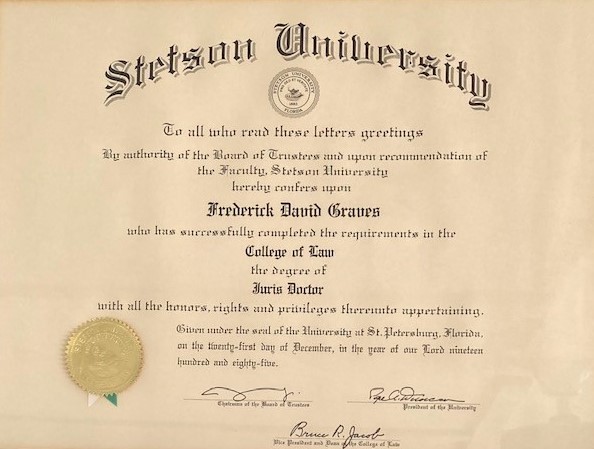 For the past 37 years I've been an attorney, winning cases by doing what this course will show YOU how to do - step-by-step, quick & easy!

I was 39 when I started law school. Before that I worked as a carpenter, fisherman, boat builder, and any odd jobs I could get. In those days, if I had legal problems, I was like 4 out of 5 of you. I could not afford to hire a lawyer. 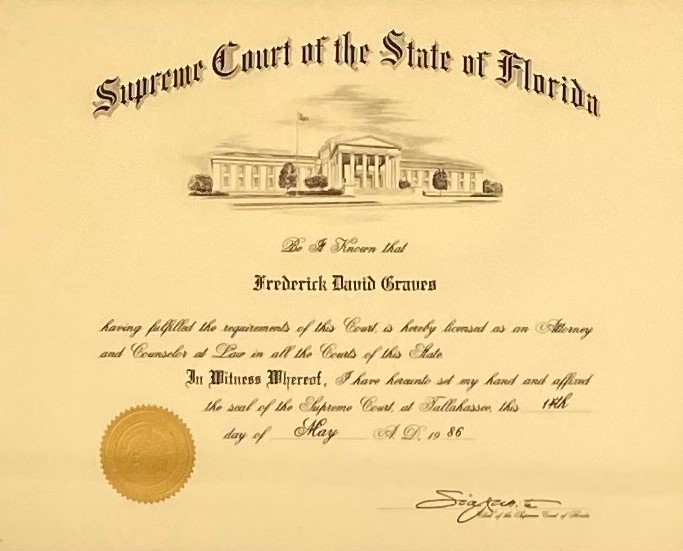 So, I became one in 1986, passing the bar and very soon discovering how truly easy it is to use the rules of court to win cases for my clients. But, I wanted to help more people than just my clients.

In 1997 I started this online course to help everyone who can't afford a lawyer by giving affordable legal know-how and solid confidence to tens of thousands of people for 26 years ... good people who now are winning in court without a lawyer! 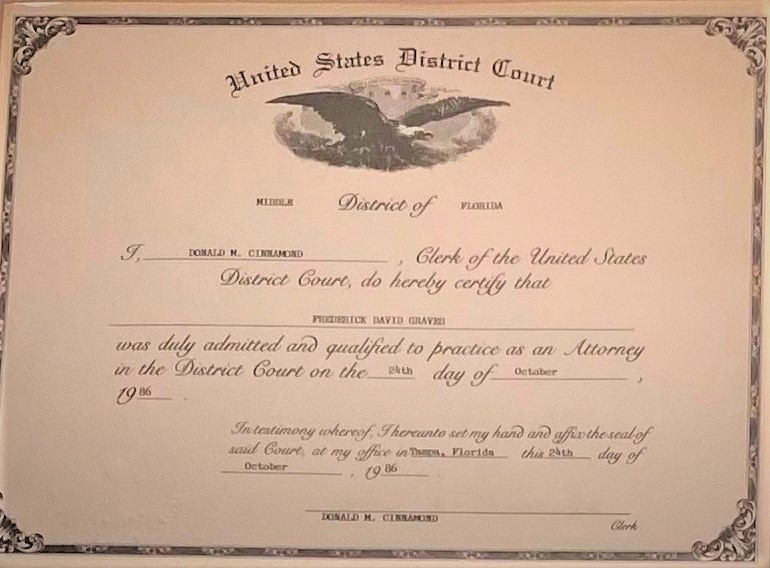 My wife Kathryn and I want you to know how to secure your legal rights without the crippling expense and risky uncertainty of hiring a lawyer who may or may not fight for you but certainly will want to be paid!

I've won in state and federal courts by applying the same tools, tactics, and simple procedures explained in this legal self-help course that anyone can afford and learn!

I broke away from society's mold before it could imprison my dreams. I searched old books for wisdom of the ages, trusting nothing written after World War I. 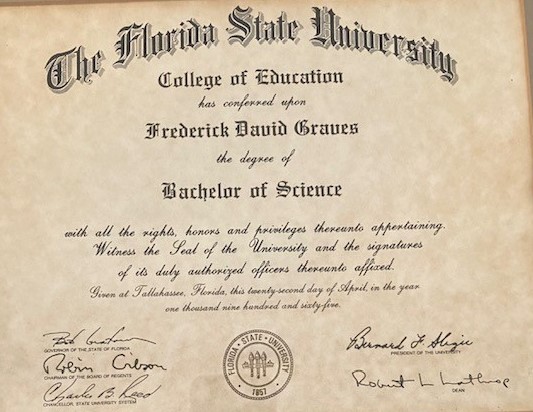 My passions were and are the fundamentals of justice, the mystery of the gospel, and the principles that legitimize the exercise of government power over the people. I sought truth that never changes, truth cast aside by today's insane media-driven politics and its imaginary bell-curve of acceptable thinking, truth that is and will always be the only hope for mankind and the eventual achievement of world peace. 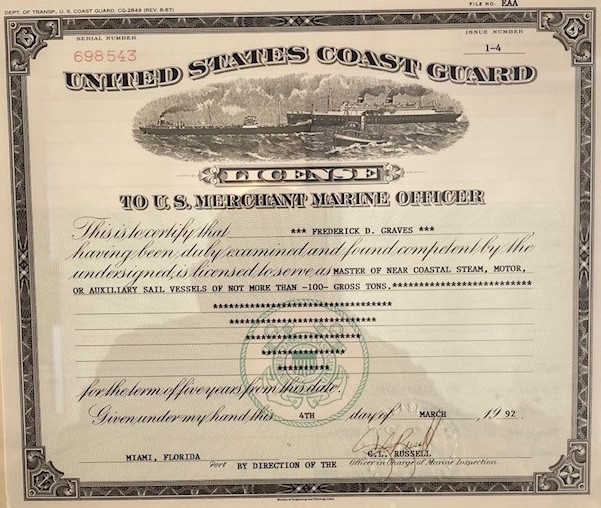 The ancient writers call each of us to be unique, to think for ourselves, to dare to be different, and to do all we can in each passing generation to clear away the cobwebs of colloquial confusion, replacing them with a functional morality that cries out to be communicated to this modern world by every means available ... including practical online public legal education.

My precious wife works with me, co-creating and improving the course with her insight and creatively unique perspectives and ideas. She and I are a team. Together we are doing all we can to make the world a safer place for you and those you love. 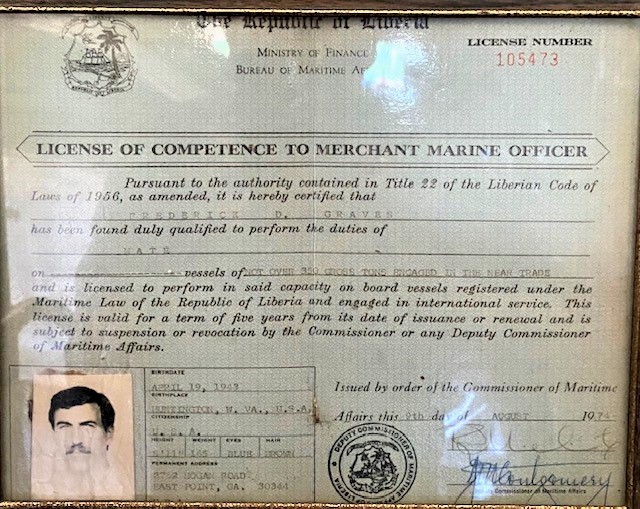 We've secured justice for tens of thousands here in the United States and in many other other nations worldwide where the "English Form" of court proceedings is followed.

I know how easily you can be injured in court, whether you're struggling on your own or paying hard-earned money to a lawyer who may not be committed to doing what's best for you. Too many lawyers will not do everything that could and should be done to win for their clients. Some are too timid to take control of the judge. Others are just too lazy. 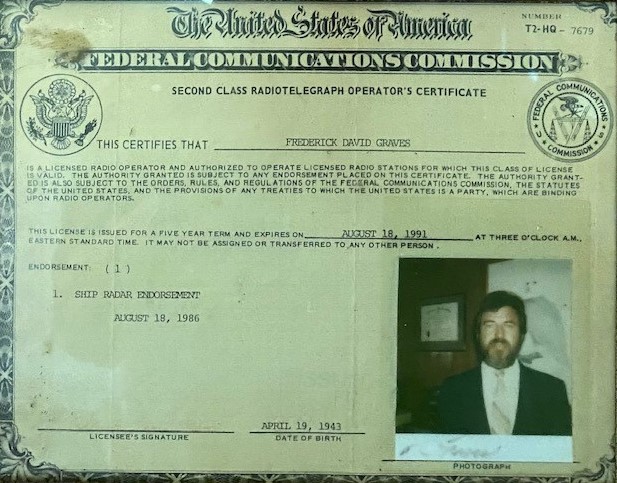 A third of all applicants to the bar exam fail on the first attempt. Many must take the test several times before getting a passing grade so they can hold themselves out as "professionals".

Quite a few have no more common sense than a fence post, but they will take your money and promise a professional job while you cross your hard-working fingers and hope for a miracle.

We want you to win!

Our Hope for You

However, prosperity and joy are too often stolen by fraudulent abuses of law.

Too often the law is neither fair nor sane.

Too often the law is a handmaid to those who place themselves as rulers over us, proclaiming by legislation and court decisions what's best for us and our children.

Too often the law is polluted by crooked lawyers whose only moral code is self-interest or their blind, child-like subservience to a hidden cartel of powerful men and women who seek a secular world by any means, including lying and murder!

Too often the law favors the goals of a special few and, in the process, becomes a whore or coddles political favor of the current majority and becomes a fool.

Too often the law is a tool by which elitists seek to re-make civilization according to their private view of what's best for everyone ... so long as it doesn't cost them anything.

And, too often the average people who populate this giant ball we call home do nothing to resist or redirect the political forces that seek to steal from us our heritage of life, liberty, and the pursuit of happiness.

Therefore, this course will empower you to use the courts to change your world and restore honor to the law ... one case at-a-time.

Here are links to some of my other websites that may interest you. Each of these websites needs work, as you will see when you visit. Please help us make them better.

These websites will open in a new window, so you can come back here after you visit them.

Please tell others about my missions and encourage people to help me promote peace through knowledge.

If there is any way you can help us help others, please email me. My contact information is below.

If you reach voicemail, leave a message and callback number.